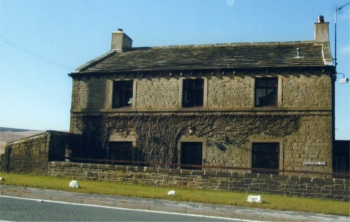 The next inn on Manchester Road was The Shepherd's Boy built in 1839 by Daniel Wood. According to the 1841 census the first publican was John Wood who combined innkeeping with farming as did all the subsequent landlords. Samuel Shaw, known as Sammy o't'Boy, was the owner of the Shepherd's Boy in 1891 and, on his death left, the property to his wife, Ellen, who took over as the 'licensed victualler' and continued to live in the property after it had been delicensed in 1920. The property remains as a private house and has kept the name The Shepherd's Boy. 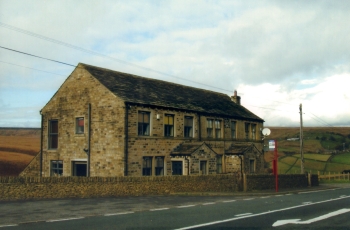 Continuing up Manchester Road we come to The Coach and Horses which opened in the early 1840s. On the 1851 census Joseph Bray was listed as the publican and a farmer of 16 acres. The pub closed in 2000 and became an outdoor pursuits centre. It has now been converted into two houses. 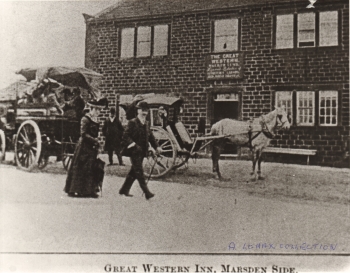 Daniel Wood who built The Shepherd's Boy also built The Great Western in 1839 at the top of Standedge. Crump describes how The Great Western got its name. He says "Its unusual name fixes the age of the house for it is derived from one of the two first steamships to cross the Atlantic in April 1838 and the original signboard with a painting of a steamship on it is preserved in the cellar." The inn was delicensed in 2015 and converted to private housing. 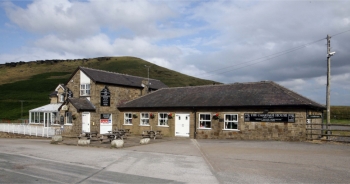 On the opposite side of Manchester Road is The Carriage House property which was built in 1898 and served as a transport café for passing commercial traffic. During the early 1970s it was licensed as a public house under the name 'The Eagle's Nest'. It remains open and provides accommodation for people holidaying in caravans.

The building of the canal, reservoirs and railway attracted large numbers if itinerant navvies and miners into the village. They were accommodated in lodging houses and temporary huts placed near to the workings. Beerhouses were established for the duration of a particular project with the buildings reverting to their original uses once the workforce had moved on. Whitehead mentions The Gardener's Arms at Clough Head kept for "many years by John Raynor". He appears on the 1841 census described as a gardener. It appears that the property was no longer licensed by 1851 because the Raynors living at Clough Head at that time were farmers providing bed and breakfast. 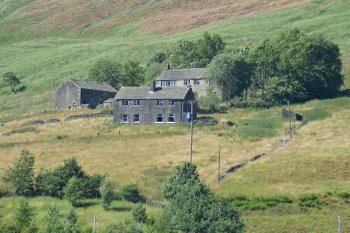 There was a short-lived beerhouse called The Miner's Rest at Intake Head. It is believed to have traded during the building of the Nelson Railway Tunnel from 1868 - 1871. Intake Head was originally a group of three farm houses, one of which was the family home of the poet Samuel Laycock. Laycock's farm house was demolished some time ago but the remaining two properties were sold at auction in 2017. They are scheduled for renovation.